S teve Ramusevic is a licensed New York State – CPA, and a financial professional with over 28 years of financial and business experience. Steve was born in Montenegro and moved to New York as a young child, settling down in Queens, New York before moving to Staten Island. He has been married for 25 years to Fran and they have one son – Brendan.  Steve spent many years coaching his son’s baseball team and most often played softball throughout that period. He’s leaned on by his large extended family and tirelessly helps everyone who asks (especially those new to the US). He keeps promising that he will play more golf but that is still to be seen. 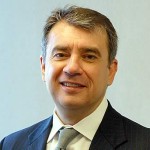 Steve graduated from Baruch College, City University of New York in May 1986 where he earned himself a B.B.A. in Accounting.

Ramusevic, Cascio & Kaplan, CPAs commenced practice in 1992. Partner in charge of Accounting, Audit, and Review and Compilation Services. Responsibilities include: